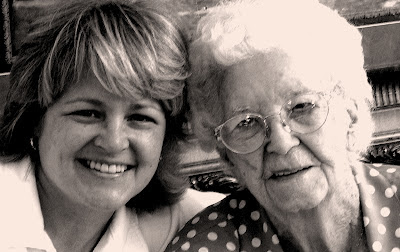 THE BACKGROUND TO THE STORY:
My Grandma Ruby was one of a kind.  A tough cookie from Nebraska; she spoke her mind and worked hard.  She and Grandpa had a farm in Aurora, Oregon and that is where I learned to pick cherries and dig for potatoes.  It's also where my sister's and I learned how to hunt for new kittens between the hay bales in the loft of the barn and play hide and seek in the wheat fields and to laugh so hard I... well that's another story.  My sister's, Ann and Bonnie, and I feel so lucky to have those wonderful memories.  Our Grandma Ruby lived to 95 years old and was sharp as a tack.  Her dad lived to 100 - I'm hoping I inherited those genes! 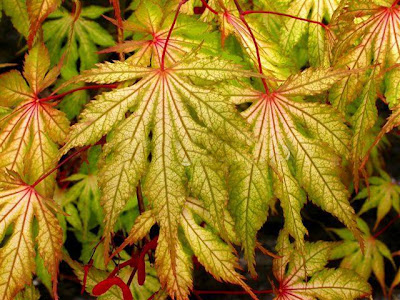 THE STORY:
Ann and Bonnie and I went to a nursery down in Salem, Oregon the other day.  Ann spotted this sweet little maple tree; unlike any we had ever seen.  The leaves were green with a touch of red and the little helicopters were red.  Ann had to have this beautiful little tree.  As we were loading it into her car I said I thought she should name it.  I NEVER name things, but this little tree just had a wonderful personality and really needed the gift of a name.  I suggested she call it Ruby after our Grandma and because of the ruby colored helicopters.  Perfect!
Later that evening, Ann called to tell me she found a tag buried in the soil with the name of the tree on it.  She said, "You are not going to believe this".  I thought maybe she was going to say the tree was actually called Ruby, but no, it was even better than that.  The name of this species of Japanese maples is....Grandma's Ghost.   I know Grandma was smiling down on us. 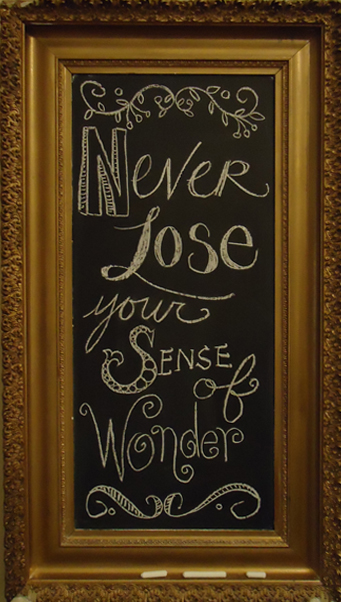 Wow, I got chills reading this! Your Grandma Ruby was beautiful. I grew up much like you did and wouldn't trade it for anything. My Grandpa Grover lived to be 93 and my parents are still alive and well at 84 and 86. There's something about farm life. :) I hope I inherited their genes, too. Thanks for sharing!

What a heartwarming story!! I believe things happen for a reason and you just have to go with it...that's just what you did and I'm sure your grandma Ruby was giving you the nudge to buy that tree!! So very sweet:)

Oh Bonnie. . . I love this! I truly do believe that there are moments when I feel that special connection with my Mom, in ways I never had before, & I can feel that she is also smiling down on me. . . (now both you & Bonnie need to get one of the 'Ruby' maples too!)
(. . . & I love the idea of shopping with sisters instead of having to man a booth at Market!) ;o)
xo, Bren

I really enjoyed reading your story and I do believe, somethings are like little messages to remind us, that they are still watching over us.

That's the best story I've heard in a long time. My granny was very "very thrifty" and constantly picked up change in parking lots, sidewalks, ect.....every time I see a coin I like to think she dropped it down from heaven just for me.

Kathy I got feel good goose bumps reading your story. It is just amazing how a simple trip to do an errand can end up an amazing story (what a great story to tell your grand children when you have them) Can i suggest when the tree's a bit older get Bonnie to carve your Grandmas initials into the trunk !

I got goose bumps reading that story....we spent every summer with our Grandmas......they lived next door to each other and we would spend the time in their gardens or at the beach...fun times!

A wonderful memory you shared.

That is just so totally cool! She was giving you a big warm hug from heaven. Love it!
xx

what a wonderful memory and a great way to remember her.

To the Point with Kathy Schmitz